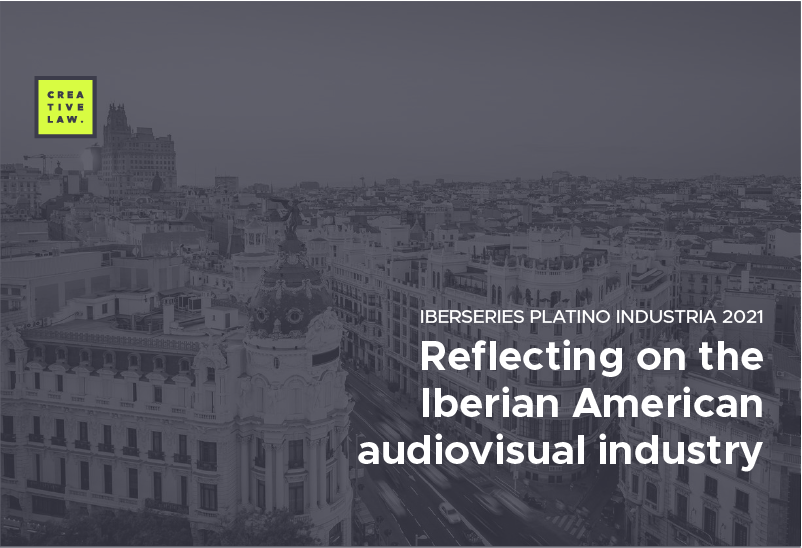 Names such as Leticia Dolera, Iván Escobar, Jordi Frases, Daniel Burman and Jayro Bustamante will meet to reflect on the future of the Ibero-American audiovisual industry at the Iberseries Platino Industria conferences this coming September 17 at the Matadero, Madrid facilities.

Iberseries Platino Industria (IPI) is the largest international event for professionals linked to the audiovisual industry in Spanish and Portuguese, which will hold its first edition from September 27 to October 1, 2021, at the Matadero facilities in Madrid , official venue of the event.

A place for analysis, reflection and the design of new paths for the Ibero-American audiovisual industry and its confluences, will bring together the most relevant creators, executives, platforms, televisions and agents of the audiovisual sector. The event will have a wide program that brings together the conferences that will take place in the PRO Activities area of ​​Iberseries Platino Industria, the sections on “Financing and business models”, “Keynotes & Masterclass” and “Dialogues with the industry” will host important reflections on collaboration strategies between production companies, the global nature of the scripts, the ability of the professionals of the guild to adapt to new challenges and formats to new media.

Among the conferences that the event will feature, the following sections stand out: Financing and Business Models, Keynotes and Masterclass, Dialogues with the Industry and Conversations with Platforms and their Studies.

Investing in Skills: The Industry Challenge in Latin America and the Caribbean

The Inter-American Development Bank (IDB) and Netflix have joined forces to develop a study that addresses the key opportunities and challenges facing the entertainment industry. The research, which was carried out between the end of 2020 and the beginning of 2021 with almost 100 interviews and a survey on audiovisual technical skills to 400 producers, captures the testimonies of emerging creators, producers, executives, institutional workers and film associations to identify opportunities for promote the training of professionals.

The results of this meticulous analysis, entitled “Behind the Cameras: creativity and investment for Latin America and the Caribbean” will be analyzed by voices from the sector such as Alejandra Luzardo, leader in Innovation and Creativity at the IDB Group (Inter-American Development Bank ), Ignacio Rey, CEO of Sudestada Cine and film and television producer (Argentina), Joyce Zylberberg, Managing Partner of Screen Capital SA (Chile), and Natalia Armijos Velasco, General Director of Culture at the Organization of Ibero-American States (OEI), in a conference moderated by Pierre Emile Vandoorne, Studio Policy Manager Latin America, from Netflix.

Sharing strategies in the age of co-productions.

In this conference, successful producers will address new models of collaboration, cooperation, innovative alliances and the new paths that narratives are taking: how to produce successful content in a constantly evolving world or what are the new global strategic partnerships and how These deals are boosting business. Building on the lessons learned in an unprecedented year are the keys to tackling international production and co-production in the coming months. Alfonso Blanco, CEO of Portocabo (Spain), Manuel Martí, Head of Scripted Development Latam of Fremantle (Mexico), Laura Miñarro, VP International Co-productions of Buendía Estudios (Spain) and Fidela Navarro, CEO of DOPAMINE (Mexico) will be the speakers of this panel moderated by Brendan Fitzgerald, SVP International Co-Productions of Sony Pictures Entertainment (Spain).

Content in Spanish has been among the most innovative, provocative and sophisticated in the world for years. Some of the best showrunners in the industry, such as Leticia Dolera, director and co-writer of Vida Perfecta, Iván Escobar, creator and scriptwriter of The Mediapro Studio and executive producer of Express, Jordi Frades, director of Diagonal TV (Banijay Iberia) and director of successful series such as Isabel, La Catedral del Mar, and Curro Royo, executive producer and scriptwriter from Plano a Plano, will talk about storytelling in 2021, what fuels and directs creative dynamics, how they work, their current and upcoming projects and what is the next step in creativity in this conference that will be moderated by David Martínez, Director of Fiction at Secuoya Studios.

Film directors and showrunners: a vision for the future.

During a tumultuous year in all areas of the business, film directors and showrunners have been key to keeping the industry alive. The boundaries between film and television are increasingly blurred and this brings new opportunities. Some of the most popular creatives who navigate from one medium to another with ease, such as Jayro Bustamante, director of La Casa de Producción (Guatemala) or Daniel Burman, director of US Content, The Mediapro Sudio and CEO of Oficina Burman (Argentina), They will reflect on the changes in their creative work and how they explore new ways of telling stories in this dialogue with the audience.

DIALOGUES WITH THE INDUSTRY SECTION

Spain brings together some of the best audiovisual talents with extensive experience in all types of formats (series, cinema, entertainment) and occupies a prominent place in the production of Premium content and with global ambition. Proof of this are Emilio Amaré, CEO of Plano a Plano, Sara Fernández-Velasco, CEO of Grupo iZen, Spain, Ignacio Salazar-Simpson, CEO of Mogambo and Gonzalo Sagardía, CEO of Onza. Their respective companies produce without thinking that there are borders, for global audiences, about the new paths that stories are taking, the development processes and the opportunities that this opens up for international alliances, and they will talk about it in a conversation moderated by Arturo Díaz , General Director of Cattleya Producciones.

Iberseries Platino Industria, the largest Ibero-American audiovisual event, is an initiative of EGEDA and Fundación Secuoya, which seeks to provide visibility to feature films and fiction series of an Ibero-American scope or theme, enhance the talent of creators and promote international co-production as a formula key to consolidating projects.

CORFO launches Center for the Technological Revolution in Creative Industries.

The Comptroller’s Office requests a report from the CNTV regarding the broadcast of “La Jauría” on Amazon Prime before on TVN despite being financed with public funds.